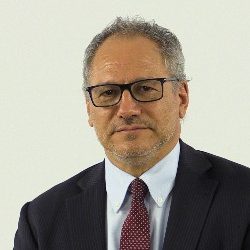 Federico Bucci (Foggia, 1959) is full professor of “History of Architecture” in the Politecnico di Milano, where he also holds the position of Delegate of the Chancellor for Archives and the Library, Pro-Rector of the Polo Territoriale di Mantova and director of the UNESCO Chair. He was also visiting professor at Texas A&M University, the Institute of Architecture in Moscow, the Universidad de Los Andes di Merida, Venezuela, the Pontificia Universidad Catolica de Chile, the University of Southern California in Los Angeles and the ETSAB of Barcelona. He has worked in the archives of Albert Kahn Inc. (Detroit) and the CCA (Montreal). He was a member of the American Society of Architectural Historians and has participated in numerous national and international conventions. He has organised exhibitions on Italian architecture and published many volumes including: Albert Kahn: architect of Ford, New York 1993; Luigi Moretti. Opere e scritti, Milan 2000; Franco Albini, Milan 2010. He has worked in the editing offices of “Domus”, “Quaderni di architettura”, “Rassegna”, “L’architettura. Cronache e storia” and currently holds the role of editor of “Casabella”.